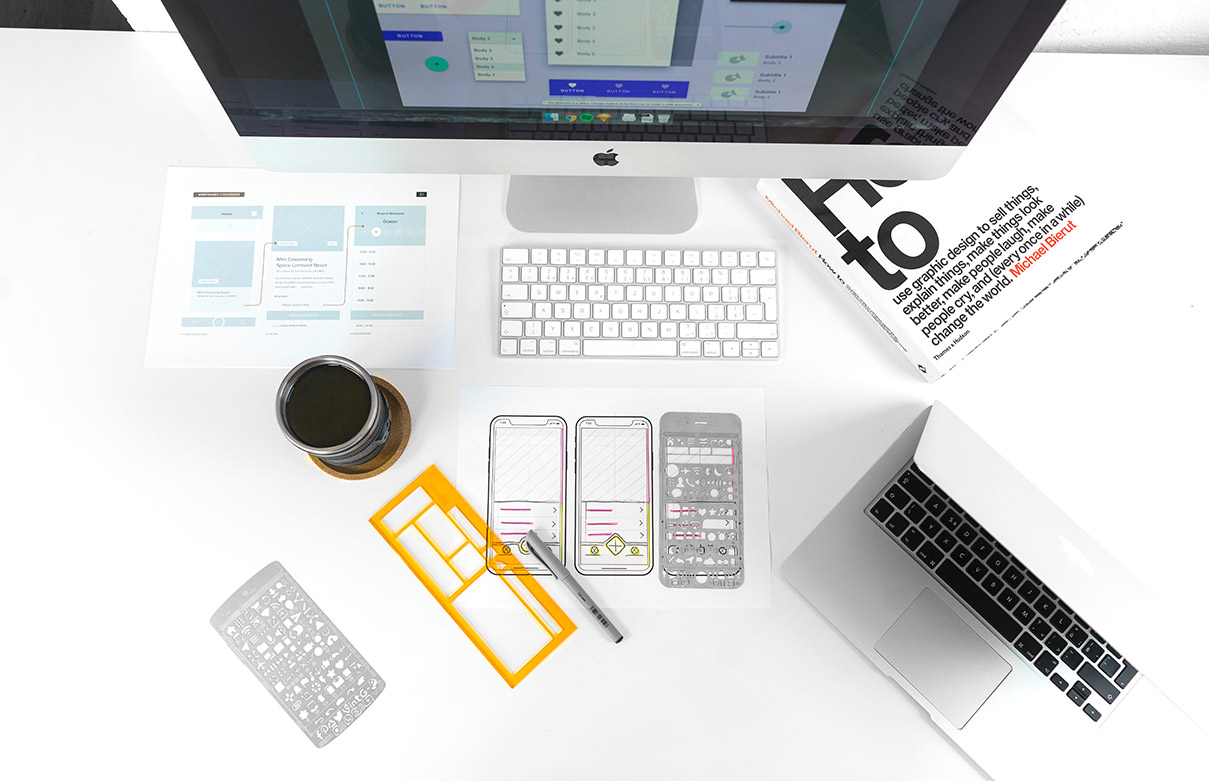 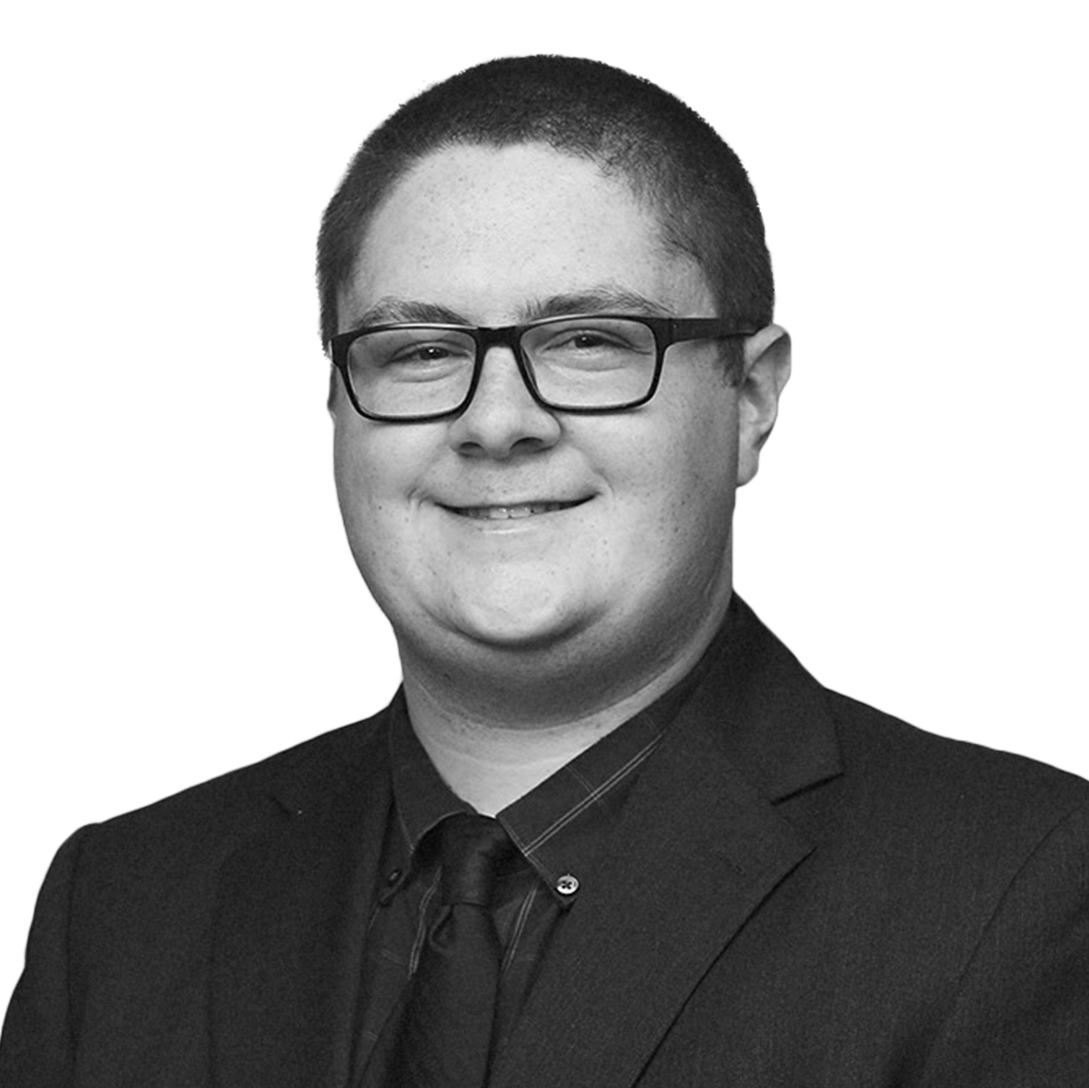 If your first day at design school is coming up or you’re thinking of enrolling, this article is for you. You might already have an idea of what to expect or maybe you even read a few other blog posts. However, something I’ve noticed is that a lot of advice people give is vague and rarely helpful. I wanted to create something I wish I had before my first day of college. Hopefully, this list of “8 Tips for New Graphic Design Students” is helpful and gives you a little advantage over your classmates.

I know this sounds like a cliche, but you really want to take advantage of a few tricks to stay organized. A great habit to get into is to create a naming convention for your files, such as “GR360_Moodboard_1”. I include the course number, what the file is, along with a number (most of the time you end up creating more than one of any given design). Feel free to add more levels of information, but making sure the format is consistent is the key. Without this, you’ll find yourself trying to find your moodboard only to end up realizing you have 12 different files named “moodboard2”. Hopefully, it goes without saying that you need to keep these in organized folders as well. I like to keep a folder per class and within those additional folders per assignment.

The biggest mistake I made was thinking design school was easy. Why wouldn’t it be right? It’s just sitting down playing in Photoshop for a few hours and then you can go back playing Call of Duty. Nope! I quickly learned designs take a lot longer to develop than I originally thought. One of the most important, if not the most important, skill to have as a designer is knowing how to time management. Don’t be like 70% of the students who wait until the day before their project is due to finish designing it. I actually find doing most of the project early on in the week and finishing up the details later on works best. This helps you get your main ideas out early so you can focus on small details you normally wouldn’t have had time to fix otherwise.

On top of everything else you should invest in a couple of big items upfront. These items will last you throughout your entire time at school and overall be very beneficial. If you don’t have one already you will need to buy your own printer. Going to a Kinkos the night before or morning of your class will not cut it. I suggest getting the Epson Artisan 1430. It’s a great printer and probably the most common printer for designers. You should also get a Macbook Pro. I know that sounds like a designer thing to say “Oh get Apple it’s way better man…”, but it’s true. Adobe is better suited for Mac, plus Apple seems to be industry standard for creatives for a reason. The last item I suggest is to invest in an external hard drive. A 2TB hard drive should be good enough and only costs around $80. Think that’s a lot? Well spending thousands of dollars to retake a class you failed because your computer crashed finals week is more expensive than an $80 backup system, but more on that later.

This is something you’re going to see a lot in your bank statements at the end of every month. I had no idea how much money I’d spend on ink and paper. This wasn’t even something that crossed my mind when I applied for art school. I assumed we would do everything on a laptop and email our assignments in. I was so naive. The printer I mentioned above is great and I don’t regret buying it at all, but I will warn you that it costs around $170 to replace all the ink. What!? Why not just buy a new printer? Trust me, I’ve been asking myself that question for years. Also, eventually, you might try to be sly and buy off-brand ink. Don’t. Trust me, just don’t. The difference in quality is night and day. You’ll be there on finals day with horrible colors and people will be judging you. As for the paper, you’ll probably use a lot of Epson 4 star heavyweight matte paper. The most common sizes you’ll use are 11x17 (not available in 4 stars) and 13x19. Ask your teachers more about paper as most projects have specific requirements. For any process work regular 11x17 copy paper should be fine, don’t waste nice Epson paper on process work (unless you need to show bright colors for something).

Most of the time you’ll be printing your finals yourself, but sometimes you need to have work done for you. Thinks like binding, rubdown transfers, laser engraving, amongst other things need to be done by professionals. A lot of this is for package design, but sometimes it’s needed for other projects. Depending on the project, finals can cost anywhere from $100–$400+.

Steal with Integrity & Pride from Everywhere. This is an acronym I recently learned from a co-worker and feel it’s a great tip. It goes along with the idea that if you steal one person's ideas, it’s plagiarism. However, if you steal multiple people's ideas and combine them it’s considered being original.

It’s almost impossible to create something new and unique that’s never been done before. Don’t stress about coming up with the next big trend. See what’s out there by looking at sites like Pinterest and Designspiration.net. Pick and pull from different styles/designs until you’ve created something you really like. One of my professors said he used to copy someone else's work he liked and then designed himself out of their design and it was something of his own.

Never stop pushing yourself as a designer. Don’t learn design to pass your classes. You should want to learn design because you genuinely want to improve your craft.

One mistake I made was I would only consider myself a designer when I was at school and doing homework. Once I was done with that I would just sit on my butt and watch Netflix or play Xbox. This wasn’t helping me grow at all as a designer. If you take one thing out of this blog post this is what it should be. Never stop pushing yourself as a designer. Don’t learn design to pass your classes. You should want to learn design because you genuinely want to improve your craft. Watch YouTube videos of other designers, listen to podcasts, follow a crapload of people on Instagram. Create a world where you’re just surrounded by design. This will help you see what’s out there and what other people are doing. Once you get in this mindset, there’s no stopping how far you’ll go.

Grades Don’t Matter (for the most part)

In designs school, your grades don’t really matter at all. What you really need to focus on is how good your work turns out. When I say they don’t matter, don’t think if you’re getting all D’s and F’s you’re not doing something wrong, because odds are you probably are. What I mean is that if you get a B or even a C on your final project don’t be discouraged. It’s not like you’re trying to get a good GPA to get into some amazing university (you’re already in college!). What the main thing you should focus on is to learn something new in every class and see your work improve over time.

Critiques are everything. If you have a large class you might only get 10 minutes with your classmates/instructor to talk about your work for the week, so it’s important to try and get as much information out of them as possible. There are many styles of critiques I’ve seen so far. The first is when you’re one on one with your teacher. This is my favorite as I learn the most from them. The second style of a critique is a peer critique which is when your classmates will be the ones to talk to you about your work. This type normally ends with a few remarks by your instructor. The last one is a mix of the two when your entire class (instructor included) moves around the room in a giant mob critiquing one student's work at a time. Regardless of what type of critique you have you should be prepared to present your work and defend your design decisions. You want to make sure to have a pen and paper with you to write notes. This is important so you don’t forget what your class suggested so you can come back the next week with all the changes made.

Don’t take criticism personally! Save yourself some grief and get over this stage in your designing career as fast as possible. I’m not going to pretend like it won’t happen, but I want to prepare you for when it does. There’s nothing worse than putting your heart and soul into a design only to have it torn to shreds by your instructor (no not literally, if your teacher literally does this I’d suggest switching school). What I mean is that eventually you’ll be in class expecting a normal critique and it will go terribly bad and you’ll feel like your instructor is out to get you and make you look stupid. This just isn’t the case. Everyone there is there to help you improve your work and make you a better designer. The worst thing that could ever happen at school is if your designs really do suck, but people are too polite to say so and lead you to believe your work is good. Keep an eye out for another blog post specifically on critiques. Yes, they are that important!

Remember that hard drive I told you to get? Make sure you actually go get one. You’ll want to backup your work. I’ve seen it happen and it’s happened to me before. I’ve been working on my assignments (the week before finals) and all of a sudden my computer dies. Yep. I’m officially screwed. Actually, I was kind of screwed because both of my computers died at the same time and I needed to buy a new one. However, I had most of my work backed up! You should try to back up your files at least once a week, if not every other week. You should also back them up to three spots. Back up to the following places: an external hard drive, the cloud, and another computer. You should always have a backup to your backup.

Well, there you have it! Hopefully, these tips will make your transition to design school a little easier. Design school is a great environment and you’ll really learn a lot. I’m not saying you won’t have stressful nights or weeks, but you’ll get through it and end up becoming a better designer because of it. 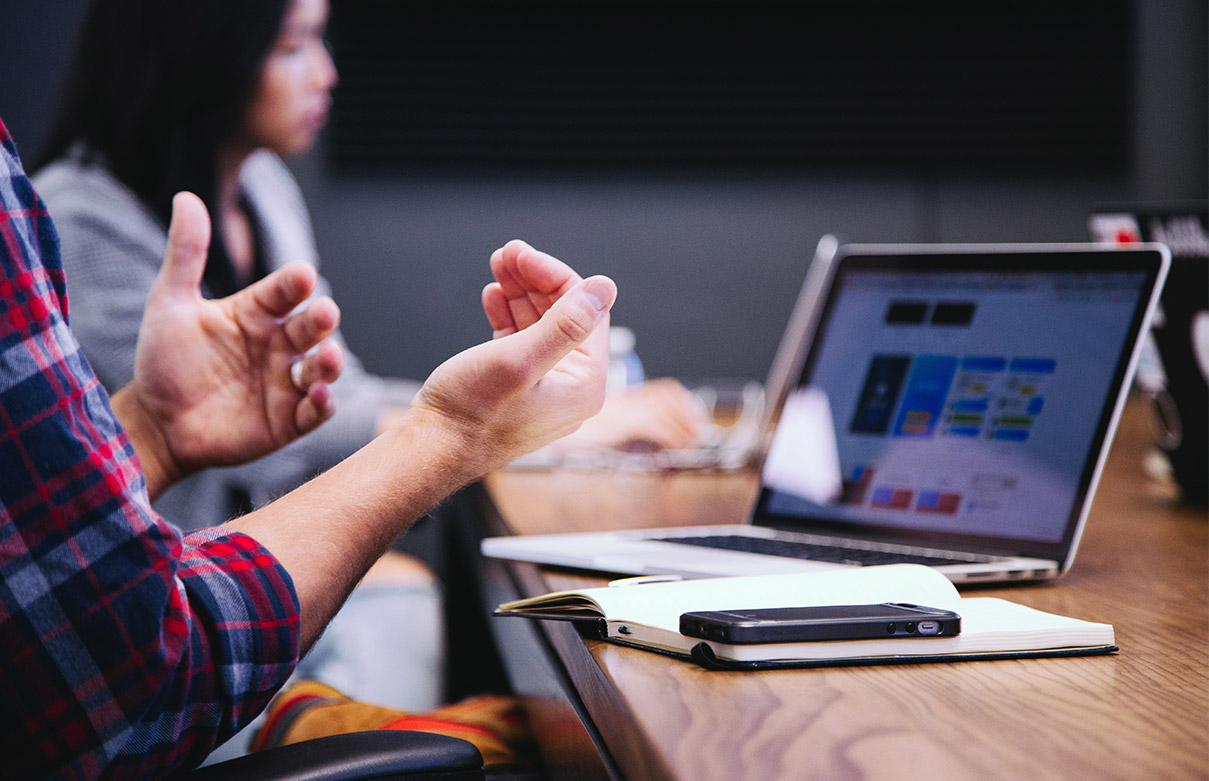 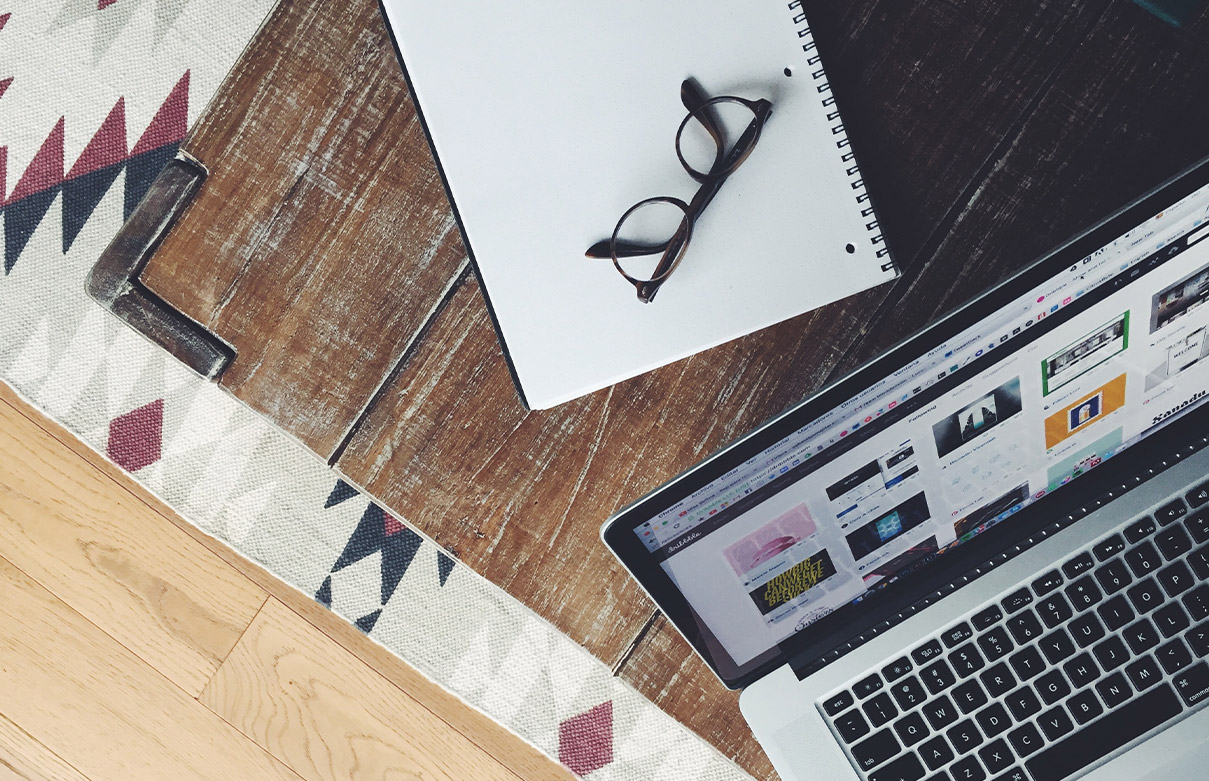 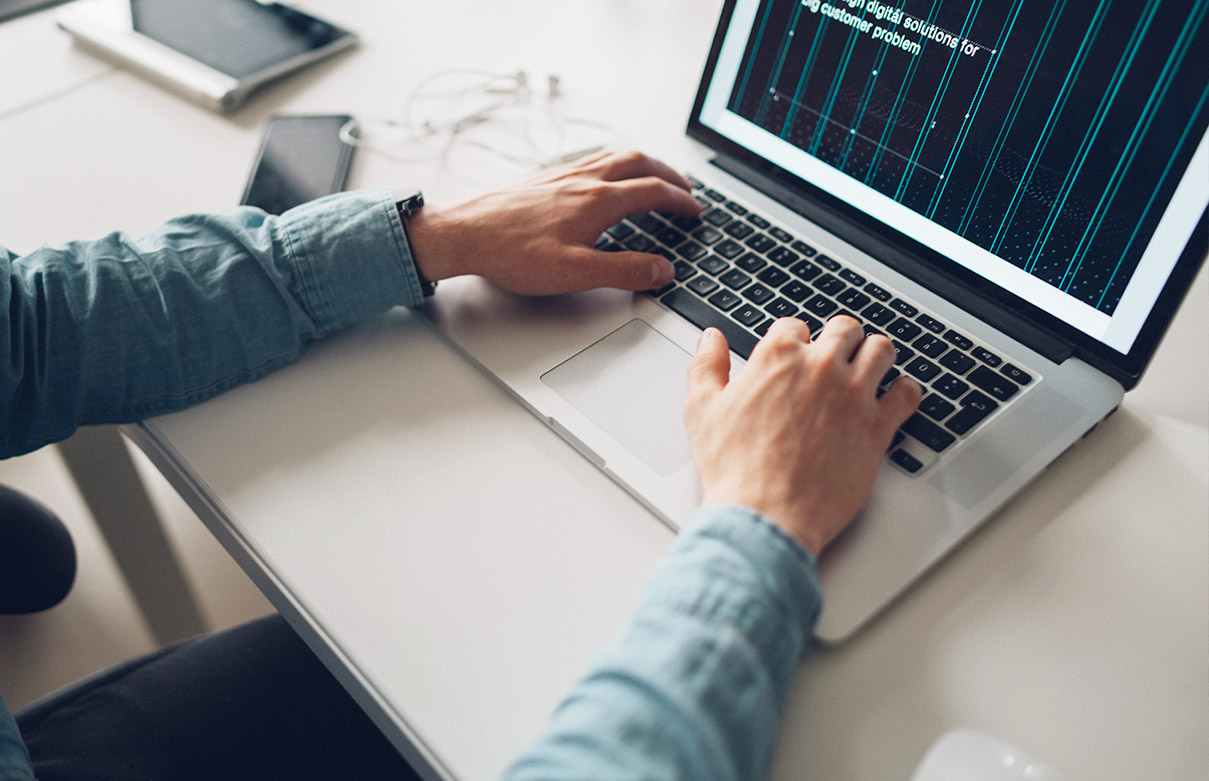